Janet Lantry, LCSW-S, is a clinical social worker recognized as a supervisor by the Texas State Board of Social Work Examiners, able to provide clinical supervision for LMSWs. She graduated with an MSSW from UT Austin in 1999 after her first career as a special education teacher in Baltimore and Austin, which inspired Janet’s initial focus working with children and teens in non-profit settings and private practice.

Janet is also a Registered Yoga Teacher (RYT), combining trauma-informed yoga with clinical practice in group/class settings. Janet works with people from age 4 to end of life, including couples and families, using a variety of modalities. Janet specializes in treating PTSD, depression, anxiety, insomnia, relationship conflict, substance use disorders, and works with children as young as 4, using play therapy as a primary modality. Janet is certified in Eye Movement Desensitization and Reprocessing (EMDR), and has training in Prolonged Exposure (PE), Cognitive Processing Therapy (CPT), and Cognitive Behavioral Therapy for Insomnia, as evidenced based approaches for treating PTSD. Janet also has specific training in Dialectical Behavior Therapy, leading a DBT group in Boston for 5 years. She works with all genders, including people who identify as transgender and gender non-conforming and members of the LGBTQ community. Janet also has extensive experience working with veterans, active duty service members, and their families, with a unique empathy for being a military child.

Janet is very focused on using evidenced based practices to guide people to improved functioning, but often integrates concepts related to attachment and early experiences into all approaches. She also loves music and talking about the brain, so you might get some pop music references and new information about neurobiology if you work with Janet. Baseball and football are also welcome topics, providing valuable metaphors at times. If we work together, we will work hard, but we will also make sure there is humor and a focus on strengths and relief. 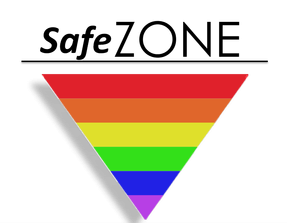 Contracted Provider with Mind Your Self